In 2019 the Bauhaus celebrates its 100 years’ anniversary and rational would like to say not only “congratulations“ but also a big “thank you”. Because without the aesthetics and design language of this institution, still represents one of the most influential currents in modern design even today, we are certain that many of our kitchen designs simply wouldn’t exist in their present form. The aim of the Bauhaus protagonists was to combine all arts and crafts, including architecture, based on minimalist aesthetics.

Some facts at a glance:
• Founded in Weimar in 1919 as an art school by Walter Gropius.
• Closed on 11 April 1933 under pressure from the Nazi regime.
• Regarded to this very day as one of the most profoundly influential movements in architecture, art and design to have arisen out of the 20th century.
• The theories and ideas of this movement characterise the language of forms in many areas even today.
• So significant was the Bauhaus influence that the term “Bauhaus” is often used synonymously with Modernism in architecture and design.
• The Bauhaus was a working community of artists and artisans.
• Many Bauhaus students created “design classics” which even to this day are coveted the world over. 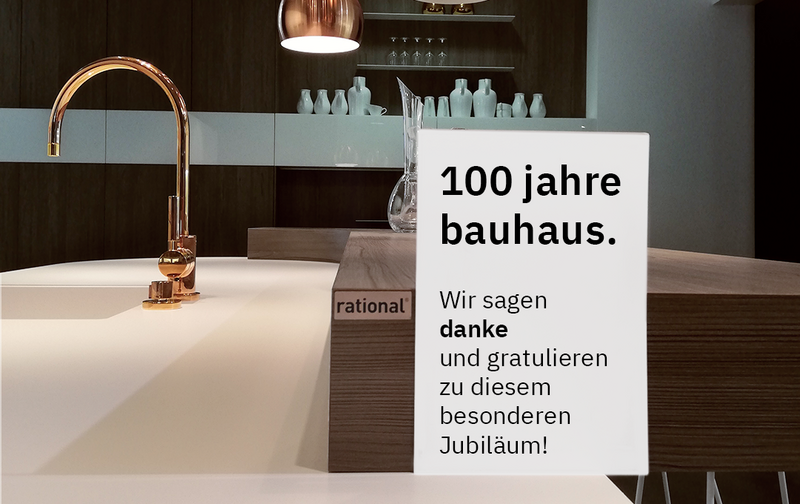