The term Frankfurt kitchen doesn’t refer to this city’s regional gastronomy but to the world’s first modern fitted kitchen. Developed by the Viennese architect Margarete Schütte-Lihotzky back in 1926, it was intended to serve as a standard kitchen for social housing. Due to the lack of space in apartments built in German cities after the end of WW1, the kitchen had to become smaller, more functional and more efficient. The design was adapted to the usual work stages in the kitchen, similar to industrialization in the factories. As a result, the Frankfurt kitchen made it possible to work efficiently within a compact space.<br/> The kitchen system and layout were based on the extremely space-constrained railway dining car kitchens. Here too it had to be possible to work as quickly and fluently as possible within the smallest of spaces.

Functionality, rationality and standardization are the essential design aspects of the Frankfurt kitchen, thus also in line with the ideological conviction of the Bauhaus School. Everything should have its own fixed place, and if possible, always be readily accessible. Having to spend less time in the kitchen, meant being able to spend more time with the family.

Even if spacious kitchen-diners are now the order of the day, as far as the work-optimizing system of the Frankfurt kitchen is concerned, the basic principles have remained more or less unchanged up to today. 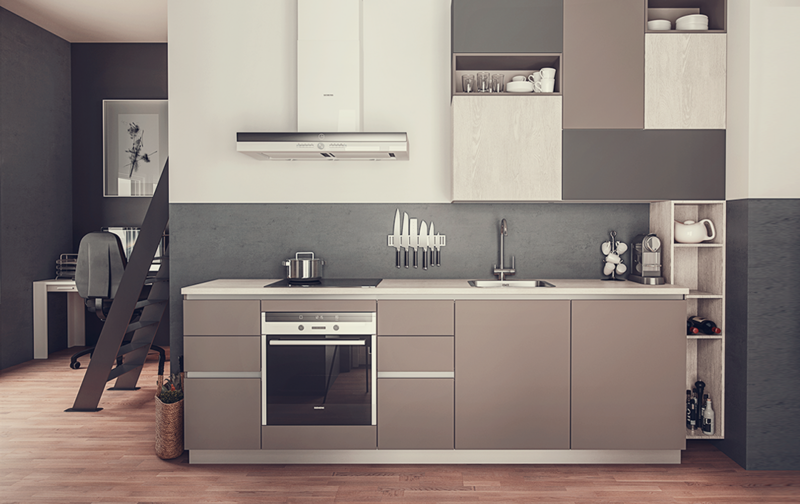